It only gets better: Gregory Hills Drive is now complete

It only gets better: Gregory Hills Drive is now complete 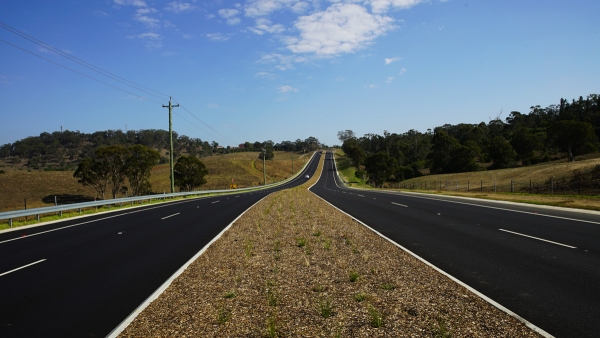 On Friday 6 April, all four lanes of Gregory Hills Drive opened, with traffic signals operational in both directions of the dual-carriageway. This is an exciting and momentous occasion for everyone in the community, bolstering the advantages the road has already given commuters.

When Gregory Hills Drive first opened in late 2017, the benefits for residents in Gregory Hills and surrounding suburbs were almost instantaneous. Nearly five months later, the advantages of this key piece of infrastructure are still being appreciated by residents.

“Gregory Hills Drive has saved me so much time commuting each day. I’ve been able to enjoy breakfast with the family rather than leaving home earlier to avoid traffic and am getting home earlier too. It has made getting around so much faster and more convenient”,

With such a positive impact on the community, it was with great excitement that we opened the additional two lanes of Gregory Hills Drive on Friday 6 April. The roadway now has an even greater capacity, allowing for more efficient travel into Campbelltown and onto the M5 motorway. In addition to two lanes each way, the road now includes two new entries to St Gregory’s College.

While the highly anticipated road has now been delivered, it has not come without it’s challenges, as GM David Taylor outlined in an interview with the Macarthur Advertiser.

“There are three main gas pipelines running from Melbourne to Sydney and we [have built] right above them,” he said to the local newspaper.

On top of this, there was also the steep terrain of the area, which was overcome with careful planning and construction. A silver lining of this challenge are the incredible views that drivers will momentarily experience as they make their way along the 5-kilometre dual-carriageway.

COVID update: we are open for business via appointment only. Please call 4648 5511 to organise a time